Robert Holdstock seamlessly blends myth and history into a fabulous tale of Merlin, hundreds of years before the coming of Arthur.

In this acclaimed sequel to CELTIKA, Merlin is returning to Alba, the future England, with his companions, the crew of the resurrected Argo. Wandering the paths of the world, husbanding his magic to keep himself from aging, Merlin eschews, for the most part, the affairs of men. Few are those he deigns to call ‘friend’ and fewer those who welcome his friendship – it is not safe to walk for long in the wanderer’s strategies. Those who do, both willing and unwilling, must usually pay a price. Caught up in events beyond their ken are characters destined to become the very stuff of legend: the mythic champion Jason; Urtha and his vengeful children; the northern sorceress Niiv; and Kinos, Jason’s son, whose appearance is both terrible and tragic. And at the centre, moving along his never-ending path, is Merlin himself, an enchanter in the prime of his life, reckless, curious, powerful, yet a stranger to his own past – a past that is catching up with him. 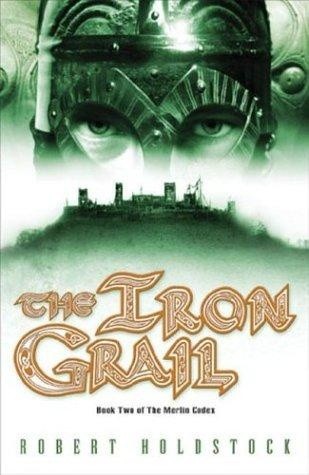