Emigration, emigration, emigration . . . Ruth Travers is leaving Ireland like so many of the Irish Diaspora who have gone before her. But, instead of a coffin ship, she’s travelling business class on a Boeing 777 and will be landing in sunny Perth, Western Australia.

Leaving behind her married boyfriend of ten years, Ruth hopes to make a fresh start. Her mother Angela, who lived in Perth in the seventies, is distraught when she hears that Ruth is Australia bound. It is only when Ruth discovers a sealed airmail envelope, with 5 Peppermint Grove, Perth, scrawled across it in her mother’s handwriting, that she wonders what else Angela may be hiding.

Her best friend Julia Perrin gently orchestrated the move to Perth for her friend’s own good. She is a successful businesswoman with her own travel company and so busy fixing everybody else’s life she sees no need to do so with her own . . . until she visits Ruth in Perth!

Sunshine, sandy beaches and barbeques abound but there may be more than Angela’s secret waiting for them in Peppermint Grove . . . 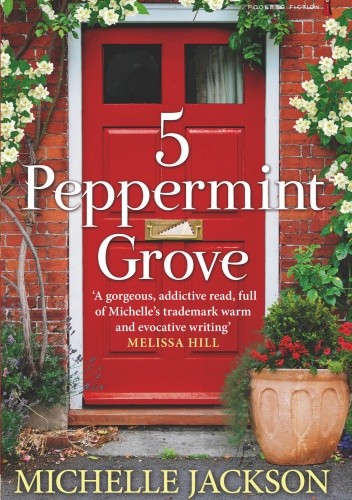